Winter is for finishing projects.

Finally I’m getting around to finishing up a few things. I had planned to get so much done over the holidays, but something came up at work so I didn’t have as much time off as I’d expected. But the dark and rainy nights of January are pretty good for getting me to stay in and be crafty, so the past couple weeks have been productive.

This is the quilt I started last winter during Snowpocalypse 2008. One side is jackets and pants, the other is dress shirts, all from Goodwill and Salvation Army. The squares are finally all put together. Next step is to find some cool fabric to use for trim on the wool side (I’m thinking burgundy corduroy or velour), binding (charcoal gray?) and batting for in between, then sew them all together. I saved the buttons when I dissected the clothes and I think I’ll use them to “quilt” it all together (like the toothpicks that keep everything from shifting around after the top, batting and bottom are sewn together like a sandwich). 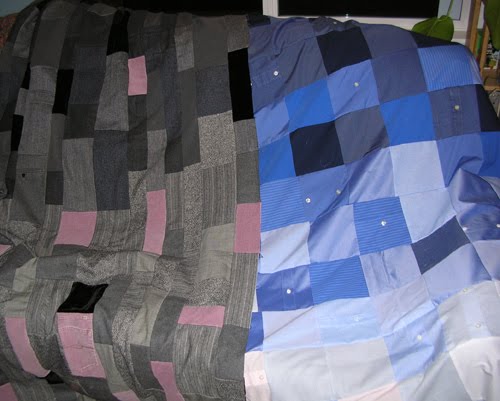 The other project I’ve been sitting on is this laser printer transfer stuff. The idea is that laser printers use iron in the toner, so you print on these transfers, float them onto glazed pottery and bisque fire to set the iron onto the work. The transfer process went more easily than I expected, and they look great now. We’ll see how well they survive the bisque. Hopefully I won’t discover that my printer is one of the few that doesn’t use iron. These are just tests–stay tuned for some actual pieces if everything works according to plan. Images are from David Attenborough’s Amazing Rare Things. 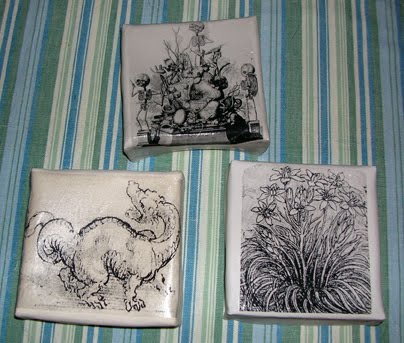 I had planned to spend the winter making lots of cone 6 work, to put my electric kiln to good use. When I was in Tacoma over the holidays I went to the Clay Art Center (awesome!) and bought a bunch of clay and glaze. Since I found out that I’m going to be firing with Hiroshi in April, the cone 6 project has become somewhat lower priority (20 cubic feet is a lot of work!), but I’ve thrown test cups of the three clays (Grolleg, Oregon Red and Oregon Brown) and will bisque them probably next weekend. I’m also experimenting with more pendants (want to see how melted glass works in the electric kiln–hopefully not too boring) and some towel tags (like wine-glass charms, but for your towel). A little kitschy, but fun to make, and I need some.

I want to test the clay and glazes before I make a lot of work, but I also want to fill the kiln before I fire it to cone 6…so I might have to take a chance with some mugs or something and just hope for the best. I’d offer to fill in with other people’s work, but since I haven’t fired the kiln to cone 6 yet, and it’s not the fanciest kiln ever, I’d hate to risk your stuff.

As for the work I’m making for Hiroshi’s — he recommended a clay called “Big White” for his kiln, so I bought some at the Clay Art Center. It’s really gritty but it throws pretty easily, and the name inspired me to throw some big pieces. Big for me–8 lb vases mostly, but a couple of two part pieces that are a little bigger. One tall vase that had me measuring my kiln. Some are really tight, others are much more loose, with great swirly throwing marks. I like them all! Also some more bottle and cup sets–need to make some trays to go with those. And I’ll probably make a few more footed vases and maybe another flailing feet piece or two. 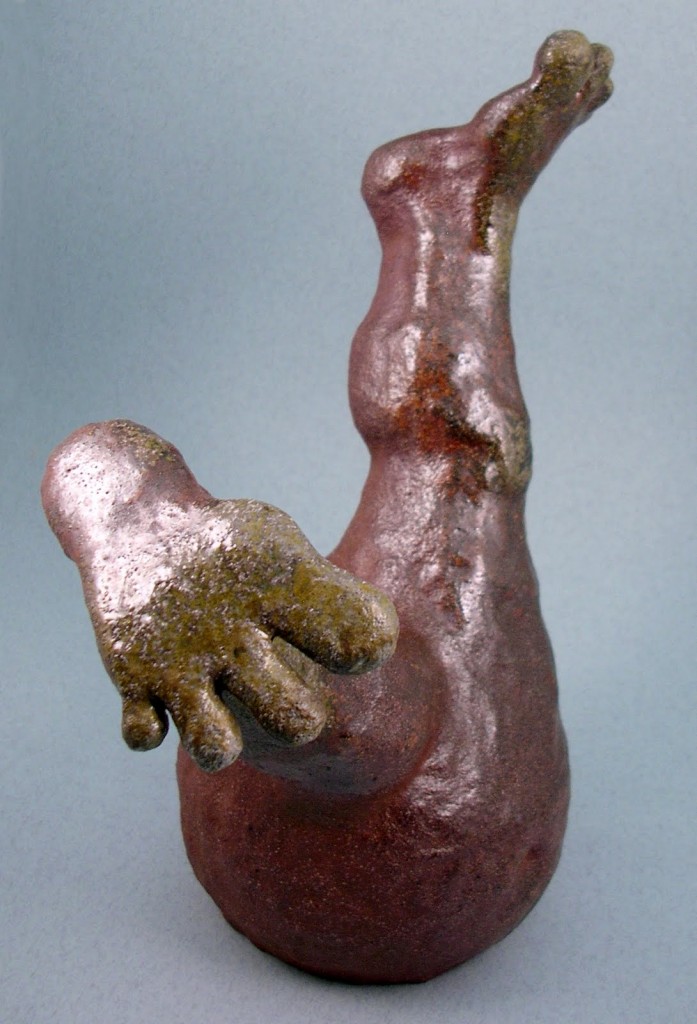 That reminds me! The last thing on my list for the winter is to hurry up and post photos of my pieces from the two November firings. Not sure why it’s taking me so long to get those done. They’re all photographed and downloaded, just need to spruce up the photos and get them posted. I think it’s some of my best work ever. I absolutely love the bottle sets, though none of them sold in the holiday sale…maybe because I price based on how much I like a piece… :) 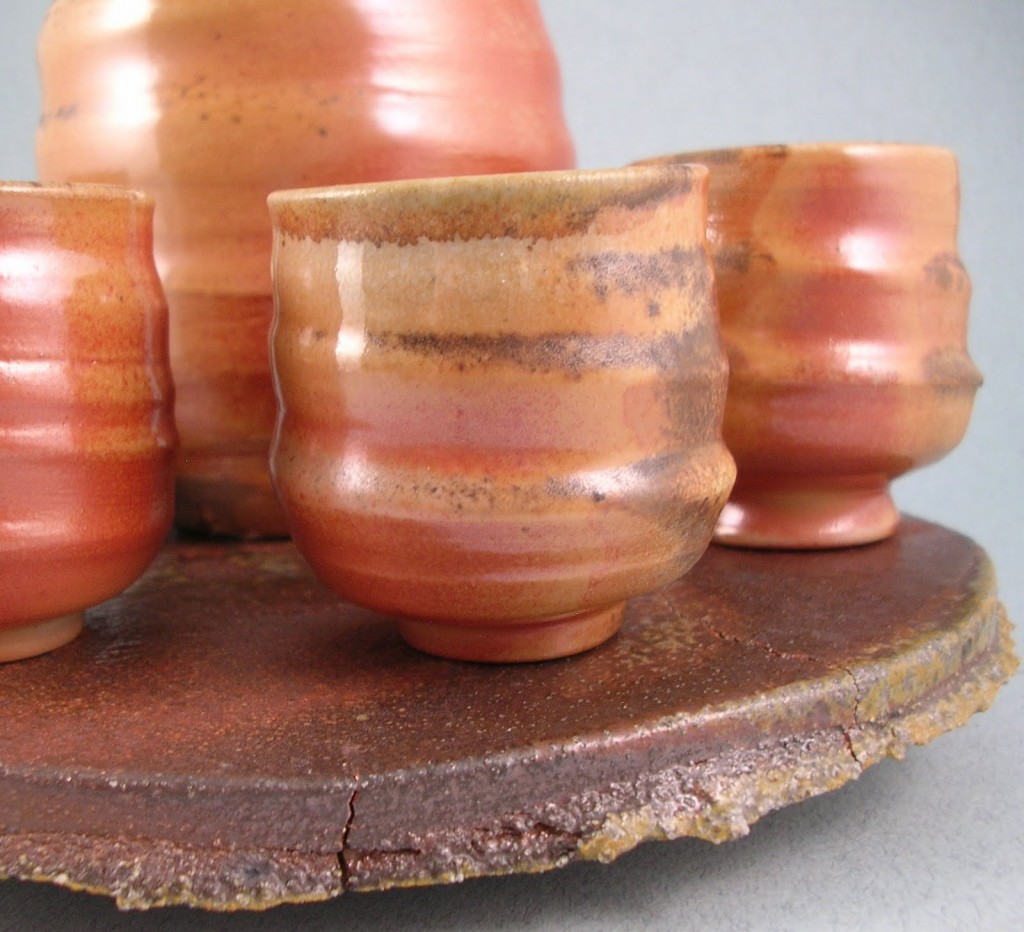 Comments Off on Winter is for finishing projects.